I must say, it was very much another average gameweek to take the team into the seemingly endless and dull international break. Thankfully, the Sky game is now in its first overhaul period, which means for this FPL team it’s also Wildcard time! 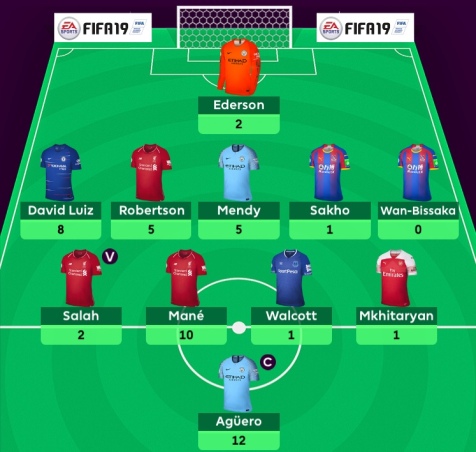 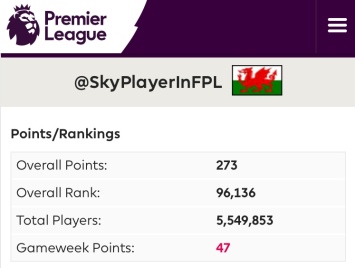 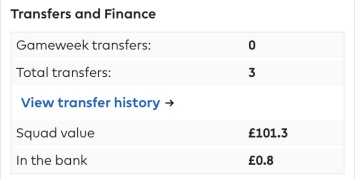 A promising start which exceeded all expectations seems to have really hit the buffers in GW3 and GW4. An uninspiring 47, for another fall in rank of around 24k, wasn’t quite the way I had hoped to bounce back from last weeks below par effort. I know these sorts of weeks often happen, and have been playing fantasy football long enough to know that generally everyone suffers when they do, but it almost feels like the FPL gods are trying to redress the balance after allowing us to set off with a bang.

Since those red cards for Wan-Bissaka and Richarlison in gameweeks 2 and 3 (thanks guys….sigh!!), the team has really suffered a drop off in form that not even a few transfers have been able to abate. Of the three changes made, only Mendy has produced a score more than 2; a record that is radically in need of changing if this experiment is going to succeed.

Last weeks transfer of Mkhitaryan produced nothing more than a one minute cameo, and this weeks ‘obvious’ move for Walcott ended in tears as he hobbled from the field before reaching that magic 60 minute mark. In fact, when it comes to old Theo, history tells us that nothing is ever obvious apart from his ability to pick up injuries, and I really should have listened! Plus, the surprise news of an injury to Wilf Zaha just compounded issues, as we all know that Palace are seemingly incapable of winning without him these days and they duly delivered.

All things considered, I guess I should count myself lucky that the team has managed to tread water through another difficult week, and that once again it was the defence that has kept me afloat. With an assist apiece, both Mendy and Robertson have developed a knack of picking up points even when their respective teams concede (….well-played Alisson), so having only a single clean sheet from Luiz was far from the disaster it should have been. Actually, combined with another 2 bonus points for the Chelsea man, the team continues to edge closer to an average of 5 points per defender, so it’s no wonder that people are starting to focus on the ‘left-back revolution’. Even without Alonso, that’s almost the equivalent of a clean sheet for every defender, every week, for 4 straight weeks for the blog team – that’s astonishing stuff!!

Unsurprisingly given the no-shows mentioned above, it was a fairly sub-standard showing from the team’s attackers this week. Aguero’s history versus Newcastle is why he was handed the armband, so stats of zero shots on target and a solitary assist is far below what was expected from a striker whose team finished the game with over 78% possession. Never the less, I’m happy that this obligatory attacking return against the Magpies maintained a 100% record for the captaincy picks over the first 4 weeks.

For the second time in four weeks, Sadio Mane was the star of the show. He put away the Robertson assist for his 4th goal in as many games, and gained another 3 bonus points in the process. That takes his overall bonus tally to 8, which already equals his output from the entirety of last season. Seeing as Mo has yet to register a single bonus in FPL, this goes a long way to giving the Community’s ‘No Salah’ movement further credibility. For £3m less of an outlay, can Mane really continue to outperform the ‘Egyptian King’?? Personally, I’m not so sure, but there’s definitely a decision to be made for those on a wildcard!

Despite not hitting any great heights during the last two weeks, a total score of 273 has the team averaging just over 68 points a week. This is likely to be unsustainable given the parameters of this experiment, but given that last years FPL winner finished with an average of around 66 then I have to be happy with how things have gone so far. It’s quite difficult to assess what would constitute a successful score at this early stage, but if I can manage to keep the team somewhere around a 50 point weekly average then that should hopefully give me a decent finish.

For the past few weeks I’ve been maintaining a watchlist of players based upon the stats I gather, as well as those who pass the eye-test from the games I get to watch. Anyone who follows me on twitter will have seen the updates I made after the last weekend of fixtures, but for anyone who missed it, the updated list can be found here.

As I mentioned earlier, the Sky game is currently in its first overhaul period. That means the blog team has its wildcard active, and is in a constant state of flux. After nearly two weeks of tinkering, there are still plenty of decisions remaining unresolved and much will depend on the upcoming manager press conferences to hopefully clarify some injury situations. Because of this, I won’t detail the changes I’m looking at just yet, but suffice to say, the majority of the players will have come from the watchlist.

I will try to put out another post before the weekend to give my views on the major issues facing wildcarders, and to reveal the final team.

Since starting the blog back in August, the response from the readers and the twitter community have been amazing. In just over a month, the twitter account alone has managed over 100 new followers, so I can’t thank everyone enough for their continued support. Cheers all!